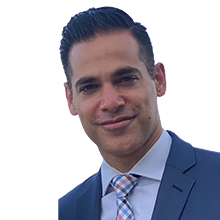 Sia Nejad
Counselor of Cash
Sia Nejad is a trial attorney turned analyst who got his start in the industry betting PGA and NFL. He further specializes in DFS and the prop market, where he began the 2022 season being profitable in 13 of the first 15 weeks. Sia is a personality and host on SiriusXM, host of Fantasy Football Today DFS and regular contributor to the Early Edge, the popular daily show hosted by Jonathan Coachman. For Sia Nejad media inquiries, contact SportsLine@CBSInteractive.com.
LAST 3 NFL O/U PICKS
+300
Record: 3-0

All Picks from Sia & the Rest of Our Experts

ANALYSIS: DeVonta Smith is a big part of the passing game...

ANALYSIS: Mahomes has been under this total in three of his last six games (not including last week’s injury-plagued outing). He also has fallen under this total in the past three against the Bengals. That's in addition to the potential that he is limited by his ankle injury -- or even aggravates it and has to leave early. The Bengals defense is legit across all levels and is not getting the attention it deserves. Even a fully healthy Mahomes could fall short of this number.

ANALYSIS: Winners of 10 straight and clicking on all cylinders against the Bills, the Joe Burrow-led Bengals get a lesser defensive opponent in Kansas City, and perhaps, a very hobbled Patrick Mahomes. If Mahomes is unable to extend plays with his signature maneuvering inside the pocket, then the Kansas City offense gets a big downgrade. Meanwhile, the Bengals have found ways to create success on the ground and through the air in spite of offensive line injuries. I love this price considering that the Mahomes injury could be a major issue. However, I think this is still a solid number even if Mahomes is relatively healthy.

ANALYSIS: I expect this game to be an old-fashioned NFC East grinder, as opposed to a shootout. While Eagles QB Jalen Hurts doesn’t carry an injury designation, I expect him to be somewhat limited with the rushing efficiency and perhaps a little rusty. Not to mention, the NYG defense is healthier, particularly in the secondary. Both teams are likely to try and establish the run, particularly the Eagles against NYG’s porous run defense. I see some time -consuming possessions, running of clock on both sides and a few more punt formations than expected.

ANALYSIS: The path to beating the 49ers is through the passing game as they are excellent against the run but allow a ton of explosive plays via the pass. Dak Prescott has exceeded this passing yardage total in eight of his last 10 games. Add the fact that the Cowboys are likely going to be in a negative game script (or at worst, a neutral game script), and you have a nice recipe for the Over.