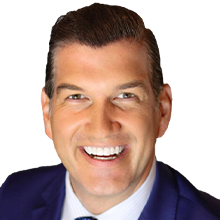 Tim Doyle
Big Ten Baller
Tim Doyle is a former All-Big Ten basketball player at Northwestern. He made his bones on the playgrounds of New York City and was featured in the book “Asphalt Gods” about his outstanding play at the famed Rucker Park in Harlem. Doyle has called games for CBS, the Big Ten Network and ESPN and appears regularly on the SportsLine show on CBS Sports HQ. He handicaps games based on matchups, and focuses heavily on coaches. For Tim Doyle media inquiries, contact SportsLine@CBSInteractive.com.

All Picks from Tim & the Rest of Our Experts

ANALYSIS: This is more about betting against Brooklyn. The Nets are coming off losses to the Lakers without LeBron James and a 32-point blowout to the Kings. And Brooklyn is catching just a few points here. I think Portland (11-3 against-the-spread) should be closer to a double-figure favorite. I'm on the Blazers.

ANALYSIS: UNC is already 0-2 ATS so far this year but, in my mind, the Tar Heels are by far the best team in college hoops. Look for them to show it Tuesday night and cover against Gardner Webb.

ANALYSIS: Michigan State gave Gonzaga all it could handle despite shooting 3-for-16 from 3 point range. They Spartans are going to have their struggles scoring without a legit go-to scorer. Kentucky’s defense has been outstanding in two wins, surrendering a combined 115 points. Throw in an NBA arena for this neutral-site affair, and this will likely be a low-scoring game. Take the Under.

ANALYSIS: The Pelicans have been in Los Angeles way too long ... almost an entire week. That’s too much time in the sun! The Lakers just got their first win against Denver. Russell Westbrook has found a home off the bench and watch LeBron James be fired up to take on Zion Williamson. Take the points.

ANALYSIS: Utah beat Memphis in back-to-back games and the Grizzlies were without without Ja Morant for one. The Jazz are sneaky good because you forget a guy like Colin Sexton averaged 20 a game in Cleveland and he comes off the bench.. Luka Doncic has to have score 50 for the Mavericks to cover.