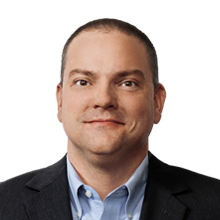 Josh Nagel
Senior Analyst
Josh Nagel is a Reno-based analyst and radio host who has worked in the sports handicapping industry for more than 20 years. SportsLine's assistant managing editor has covered the wagering industry on a variety of platforms, and has won numerous sports handicapping contests. He prides himself on consistency and insightful analysis. He has hit 61 percent of his NBA spread picks since the start of the 2017 season, and has hit the NFL at a 56-percent clip over the same period. He also has connected on 59 percent of his CFB spread picks over the past two seasons. What's more, he has a documented 40-22 record on SportsLine proposition-bet specials, which includes a 5-0-1 mark in the 2019 NFL conference championship games. For Josh Nagel media inquiries, contact SportsLine@CBSInteractive.com.
LAST 35 NFL SIDES
+750
Record: 22-13
# 4 nfl Expert

All Picks from Josh & the Rest of Our Experts

ANALYSIS: It's not often that a seven-win season for Wake Forest would be considered a disappointment, but such is the case for an experienced Deacons club that many observers expected to possibly compete for a second consecutive ACC title-game bid. Instead, those hopes were derailed by a three-game losing streak that included a n-show against Louisville and close losses to N.C. State and North Carolina. Duke winning seven games under first-year coach Mike Elko, after posting five combined wins the past two seasons, is probably an overlooked story this season. Elko is a former longtime assistant under Wake coach Dave Clawson, whom he followed to four stops. But the mentor should get the best of this one as the Wake offense thrives against a weak Duke pass defense.

ANALYSIS: The Huskies are 6-1 ATS in the last seven meetings in this series, with most of their wins piled up in the era of Chris Petersen's annual domination over Mike Leach. Both programs have recovered from recent turmoil and appear headed in the right direction, and both will land decent bowl games regardless of the outcome Saturday. The Cougars have covered five straight at home and should again be a tough out, but it's worth noting they have come up short against the upper tier of the Pac-12 with losses to USC, Utah and Oregon. Look for his trend to continue as the surging Huskies pull away.

ANALYSIS: It's been a great story and a fun ride for the Horned Frogs, who continued their undefeated season by a thread with a walk-off field goal last week against Baylor despite being outplayed by the Bears most of the way. TCU could finish the regular season with a spotless record but the lone remaining obstacle could be a nightmare. Six of Iowa State's seven losses have come by single figures, and the last two knocked the Cyclones from bowl contention. Needless to say, this is their bowl equivalent and this Matt Campbell-coached club should give the Frogs all they can handle.

ANALYSIS: Minnesota QB Tanner Morgan, who sat out last week, is questionable because of upper-body injury. If he's under center, the Gophers are the clear value side but they'll have a chance even if he sits again. It's the last home game for program stalwarts such as Morgan and RB Mohamed Ibrahim, both of whom have been with the program a whopping six years. Often times, teams are distracted and have a letdown on Senior Day, but coach PJ Fleck, whose club still has an outside chance at the West division title, should have his club prepared. A similarly erratic Iowa club has won three straight but could be in a flat spot following its hard-fought win against Wisconsin last week.

ANALYSIS: South Carolina has to be one of the more perplexing six-win college football teams in recent memory. The Gamecocks have allowed an average of 43 points in losses to Arkansas, Georgia and Florida. But they allowed just 38 points total to Kentucky and Texas A&M during a four-game win streak. The Volunteers and their top-ranked scoring offense seem like a prime candidate to pour on the points but South Carolina is coming off its worst no-show of the season in its 38-6 loss at Florida. The Gamecocks do have one-time Heisman candidate Spencer Ratller under center and, if they show any gumption Saturday, they should cover the ginormous number in their last home game of the season.