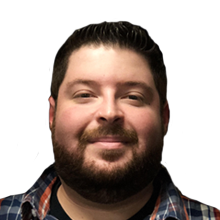 Adam Silverstein
Florida Favorite
CBS Sports' managing editor, Adam has been picking college football and NFL since 2002. Born and raised in Florida, he has been covering sports since 1996 when he began his own newsletter and has not stopped following the ins and outs of the games we love. Though he will take the occasional underdog, Adam often looks for value with the favorites, especially after sharp money comes in and lines fall below key numbers. Since joining SportsLine, he's a strong 272-235-16 in the NFL, returning $1,375 to $100 players. For Adam Silverstein media inquiries, contact SportsLine@CBSInteractive.com.
LAST 27 NFL PICKS
+700
Record: 17-9-1

All Picks from Adam & the Rest of Our Experts

ANALYSIS: There’s been no stauncher backer of the Bengals down the stretch than your’s truly, but even I am shocked that the contrarian play in the AFC Championship Game is the Chiefs and Patrick Mahomes. There seems to be an inherent bias against Kansas City with Tyreek Hill no longer on the roster, and while the offense may be less explosive, it’s actually more efficient. Mahomes with no rest, rehabilitation or even a brace gutted out a win, and now he’s had all the aforementioned items to aid his recovery. As noted last week, Cincinnati over Buffalo was a total no-brainer, but it does not change Cincy's recent close games against teams with far worse offenses like Baltimore and New England. With Travis Kelce playing, I'm willing to buck the trendy play and lay the short number with KC.

ANALYSIS: The Eagles can beat you at all three levels offensively with a two-headed running game, field-stretching wide receivers and one of the tight ends in football over the middle. They have been the most complete team all season. They're playing at home. And they have a defense that will give Brock Purdy fits in the pocket similar to how the Cowboys did a week ago. The 49ers, meanwhile, are starting that rookie QB on the road in one of the sport's toughest environments. And while they also have an ultra-talented roster on both sides, they won't be able to slow Philadelphia offensively and create as many opportunities via turnovers as they did against Dallas. If the Eagles can score, the Eagles can win -- and at under a field goal, I like their chances.

ANALYSIS: In what may be a coin-flip game, getting more than a field goal with the Cowboys offers significant value. While the 49ers have been dominant of late, they have avoided the best teams in the NFC playing only two conference playoff teams all season (Seattle and Tampa Bay, not exactly top competition). Dallas, meanwhile, has been battle tested. It also has a more veteran QB in Dak Prescott, who was firing on all cylinders last week. It will be key for Dak to submit a clean sheet and not give San Francisco extra opportunities. Meanwhile, the 49ers will be starting seventh-round rookie Brock Purdy, who has played incredibly well but has yet to face pressure like the kind he will be under Sunday night. What give me some pause is San Francisco’s extra rest, preparation time and coaching advantage. But that can only make up for so much on the field. (Despite the quality defenses in this matchup, I also like a couple bucks on the over at 46.5.)

ANALYSIS: The Bengals’ injuries along the offensive line are a legitimate concern, but they are also on an 8-1 ATS streak as road underdogs, and the Bills have consistently struggled to stop quality offenses. Buffalo is 2-7 ATS this season against the top 20, 1-6 against the top 10 with no such covers since Oct. 16. Cincinnati is on a 7-2 ATS streak with its lone failures coming by a combined 1.5 points to Baltimore, both outright wins by a touchdown-plus. Joe Burrow is the more reliable quarterback this season, he should be able to exploit the Bills secondary with Ja’Marr Chase & Co. This spread has ballooned too far. There will be a moneyline sprinkle on Cincinnati outright.

ANALYSIS: The Eagles beat the Giants by six two weeks ago in a game they largely walked through, and Philadelphia was a 7-point favorite at New York a month ago (won 48-22). So excuse me if this line comes off a bit strange, even if Jalen Hurts may not be 100%. (He’s not on the injury report and got an extra week of rest.) The Giants haven’t won at Lincoln Financial Field since 2013, and while they have an incredible cover streak as an underdog this season (11-2 ATS), the Eagles are just a far superior team in most phases – including up front. Look for Philadelphia to contain Daniel Jones and get plenty of pressure on the surging quarterback.