Can I really complain about consecutive 3-2 weeks with my Best Bets?

Probably not, but like the Seattle Seahawks and the Kansas City Chiefs, it's time to get hotter than the summer asphalt in Phoenix.

If I do that, I will be thrilled with my first year as part of Team Oddshark in the SuperContest at Westgate Las Vegas SuperBook. My record after 14 weeks is 37-32-1. I'll take it.

I will start this week with a Saturday pick -- not the one you think -- and end it with all underdogs. I am going back to the dogs to try and get that elusive 5-0 mark.

Cowboys (+3.5) vs. Jets  (SportsLine's pick) -- This is a short week for the Jets on the road. That's always tough. Plus, I think the Dallas defense is coming on, especially the front. The Jets are 0-3 against the spread in the last three against the Cowboys. Make it 0-4. Cowboys even win it.

Texans (+2) at Colts  (SportsLine's pick) -- Do I believe in Texans quarterback T.J. Yates? No, it's more of a pick against the Colts. They looked terrible losing 51-16 to the Jaguars last week. Matt Hasselbeck will start at quarterback for the Colts, but he looked like a broken-down 40-year-old last week. He's hurting. I am bucking some serious trends here since the Texans are 0-6 and 0-5-1 ATS the last six against the Colts.

Redskins (+1.5) vs. Bills  (SportsLine's pick) --  The Bills are playing consecutive road games and the Redskins have been good at home. Bad combo. The Bills didn't look good last week losing to the Eagles, and they won't here either. Again, I am bucking some trends as the Bills are 6-0 straight up and against the spread in the last six meetings. Buck away.

Giants (+4.5) vs. Panthers  (SportsLine's pick) --  I won't need the points here. The Giants will be outright winners. Yes, I called it. This is the game that will ruin the Panthers undefeated season. How will the Giants do it? Eli Manning will outduel Cam Newton. The Panthers will also be hurt by not having Jonathan Stewart. Upset special.

Broncos (+7) at Steelers  (SportsLine's pick) -- The Denver defense is special. I know the Steelers can score, but the Broncos will slow them down here. Denver will do enough on offense to stay in the game. I will gladly take that defense and the touchdown. 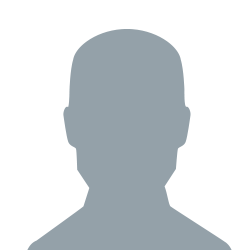