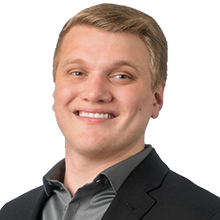 Jon Eimer
Buckets
Eimer is a high-volume bettor who has vast knowledge of leagues and players across the globe. Since joining SportsLine, he has covered the English Premier League, Champions League, Serie A, the FA Cup and much more, including the Europa League, where he went 12-8-1 (+471) with his picks over the first half of 2022. Eimer also appears regularly on the Early Edge, hosted by Jonathan Coachman. For Jon Eimer media inquiries, contact SportsLine@CBSInteractive.com.

All Picks from Jon & the Rest of Our Experts

ANALYSIS: If you watched the last two Belgium picks, you know you should be cautious if betting on them. While they lost 2-0 to a much weaker Morocco side, Croatia rolled to a 4-1 win against a Canadian side that also outplayed Belgium. On top of this, problems off the pitch are arising for the Belgians, with multiple players fighting and publicly shaming each other for the poor performances. If Croatia plays half as well as they did against Canada, they'll take care of business and get the win to guarantee their spot in the knockout stage.

ANALYSIS: Serbia have had no problem scoring in recent matches, with the exception of their game against tournament favorite Brazil. Even in that match, the Serbs held their own in the first half, resting some of their key players in the process. With the likes of Dusan Vlahovic, Aleksandar Mitrovic, Dusan Tadic, Sergej Milinkovic-Savic and more, we should expect the Serbian side to come out seeking revenge after the loss to Brazil as it hopes to secure its place in the knockout stage.

ANALYSIS: In the sea of 0-0 finishes that we’ve seen so far, the matchup between Brazil and Serbia boasts some of the best attackers in this entire competition. Brazil's options include Neymar, who is 2 goals away from the Brazil record, while Serbia features Vlahovic from Juventus and Mitrovic from Fulham who have both done nothing but score for Serbia. Brazil could cover this number by themselves but I would be shocked if Serbia didn’t contribute to the goal count.

ANALYSIS: If you watched that opening match between Qatar and Ecuador, then there is not a reason in the world you would want to back the Qataris. They showed the world that they are not ready for the biggest event in the sport and became the first team in World Cup history to lose its opening match. Senegal will be looking to bounce back after keeping things neck-and-neck with the most dominant team in the group, The Netherlands, and will need three points off Qatar to keep the qualifying race open.

ANALYSIS: Belgium are desperate to find success with the last chance of their Golden Generation. You can never count out a side that has the best midfielder in the world in Kevin De Bruyne. Meanwhile Canada have yet to score a goal in the World Cup. I believe that changes today with both teams scoring and contributing to a high-scoring affair, with both sides desperate to start off their campaign with points.