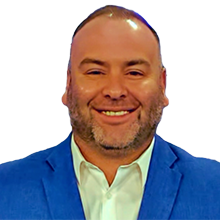 Allan Bell
Cash It!
Allan Bell was a founding creator of NFL coverage at 247Sports where he served as managing editor before joining the SportsLine team in 2019. You have likely heard him in radio markets from Los Angeles to New York, Nashville and everywhere else in between. He brings a wealth of knowledge to attack the boards, using both an analytical approach and his connections to former players and front office members to understand the 'why' and truly get inside the lines. Allan believes a winning wager only has value when you bring others with you. His method is simple: We win together. Let's have a day!
3-1 on Props Picks
+196
Record: 3-1

All Picks from Allan & the Rest of Our Experts

ANALYSIS: The Green Bay Packers have everything on the line tonight at home against the Lions...and Detroit might as well, but I'm keeping this one simple. Regardless of what happens between the Rams and Seahawks (Lions need the Seahawks to lose), I trust Green Bay more here. Aaron Rodgers is lethal at home in the regular season in the months of December and January...and this one has extra juice included too. Whether the Lions have the postseason possible or not they'll give you maximum effort regardless, but should that possibility not be available the Packers should pull away late and put this thing to bed.

ANALYSIS: The Cowboys come to Nashville Thursday night to face a Titans team that, well, is on a massive slide down. Injuries are the culprit, close to setting the NFL record two seasons in a row. That said there's a matchup here I want to exploit. Tennessee has given up the 4th most catches (118) and 4th most receiving yards (1,349) to slot WR's this season...and CeeDee Lamb has the most receiving yards in the NFL from the slot position at 759. In fact over his last three games Lamb is 18 for 18 from the slot for 240 yards total. And again, that's just from the slot, CeeDee is active from any position. Taking a shot here on a number we should be able to exploit.

ANALYSIS: The Titans host the Texans Saturday and to be honest, the only player you might recognize is Derrick Henry. Tennessee is on pace to set the NFL injury record for the second season in a row, that including QB Ryan Tannehill. Malik Willis gets the nod and, if you haven't seen how the Titans protect him, they don't exactly let him fire it deep very often. Long story short this will be a Derrick Henry game, but look at the last six weeks for the Titans. Henry has been used in the short passing game due to an offensive line hanging by a thread. In fact, in those last six Henry has 16 receptions for over 200+ yards. We've been hitting this pick over and over so let's play it until they tell us not to...and this is a must win for Tennessee, so if it's been working why would they stop doing it.

ANALYSIS: The Titans find themselves in an interesting spot Sunday in Los Angeles. Tennessee's defense is banged up and quite frankly the team needs an AFC win in the worst way right now. That said, Mike Vrabel has to make a few decisions here. The defense will have to keep an eye on Austin Ekeler both in the run and short passing game while also trying to keep Mike Williams and Keenan Allen from taking the top off for big plays left and right. That leaves tight end Gerald Everett open in Titans no-mans land to possibly strike consistently, especially for a Chargers offense that often finds itself in 3rd-and-7 or so situations over and over. The Jaguars exploited this last week against Tennessee to the tune of tight end Evan Engram going for 11 receptions and 162 yards receiving. We don't need 100+ yards from Everett, 35 sounds nice to me.

ANALYSIS: The Titans are headed to Los Angeles to face one of the worst rush defenses in NFL history, no hyperbole. That said, we're going to attack this differently because Tennessee is using him differently. The Titans' offensive line is injured beyond belief which is why you've seen Henry have some difficult games on the ground as of late. He could still go off, not saying shy away from rushing props, but over the last five games Tennessee has utilized him in the short pass to alleviate a porous line and imposing rush...to the tune of 12 receptions for 180 yards total. This play is even better if Tennessee is playing in a negative game script, which could very likely be the case.