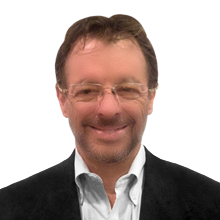 Mike Tierney
Top Dog
A veteran sportswriter whose work appears periodically in the New York Times and Los Angeles Times, Mike Tierney has covered the NFL for decades and reported from seven Super Bowls. Mike does not consider himself a pet lover. But he likes 'dogs, preferring to evaluate each game from the underdog's point of view. Over the past four seasons, Mike is 232-204 ATS in the NFL. For Mike Tierney media inquiries, contact SportsLine@CBSInteractive.com.
LAST 99 NFL PICKS
+1265
Record: 56-39-4
# 2 nfl Expert

All Picks from Mike & the Rest of Our Experts

ANALYSIS: The three Burrow-Mahomes matchups have averaged 55 points. So why an Under? Patrick Mahomes must endure a bum ankle that could be especially uncomfortable when the temperatures dip into the teens. Two key targets, TE Travis Kielce and WR Mecole Hartman, also are ailing to a lesser extent. The Bengals yielded the fifth fewest points in the regular season. On Cincinnati's side, the O-line is missing three regulars, though it did shine last week when short-handed. Kansas City went 2-7 Under at home, similar to the Bengals' 6-3 Under record on the road.

ANALYSIS: For 49ers backers, patience has paid off. A line that seemed stuck at +2.5 has gravitated toward three, which could make a difference in a tight game. Against Dallas, Brock Purdy handled the nerves that often afflict rookie QBs in the postseason. He threw for no TDs, but a star-studded offense with RB Christian McCaffrey, TE George Kittle and Swiss army knife Deebo Samuels allows for conservatism. The starkest statistical difference between the squads is rush defense. The Niners allow 3.4 yards per carry, second fewest in the league, in contrast to the Eagles' 4.6. Hard to tell if Philly QB Jalen Hurts has fully recovered from a shoulder injury. The Eagles might limit the runs that separates him from his peers.

ANALYSIS: Let's peek into the playbooks. Both offenses figure to think run-first, and the resulting running clock should shorten the game a bit. The 49ers top the league for points allowed per game (16.3), with Dallas tied for fifth (20.1). Nobody is better than the Cowboys at pressuring the QB, and they rank second in sacks per passer dropback. San Fran's Brock Purdy at times might finally look like the rookie he is. Dallas' offense is missing a cornerstone -- OT Jason Peters (hip). The Niners recorded plenty of Overs during the season, but they tend to stay Under in the playoffs.

ANALYSIS: This spread falls into the dangerous no-man's land. The Chiefs are a likely winner; the Jaguars are fully capable of being competitive. Let's rely, however uneasily, on a rule of thumb: If you are confident that a team will win straight-up and the line is in single digits, give the points. Doing so with Kansas City is backed by some data. Jacksonville's soft spot is third-down defense, with a No. 29 ranking, and K.C. thrives in such scenarios. The SU records of coach Andy Reid and QB Patrick Mahomes coming out of bye weeks: 28-5 and 9-1. The case can be made that the Chiefs have underachieved, in light of its 5-9-1 ATS record as a favorite. The belief here is that the bye will allow K.C. to refill its tank while the Jaguars' could be close to empty after last weekend's mind boggling comeback.

ANALYSIS: Seattle should do its part for an Under. The Seahawks managed 20 points in two meetings with the 49ers, and their offense has gone south lately. Over the last four outings, they tallied 62 points in regulation time. The bloom has fallen off the Geno Smith rose. Though Brock Purdy has excelled for San Fran, rookie QBs have a history of shakiness in their playoff debuts. Look for the Niners to go run-first, especially with rain in the forecast. Seattle coach Pete Carroll is a defensive guru who could concoct a game plan that will bedevil Purdy at times.