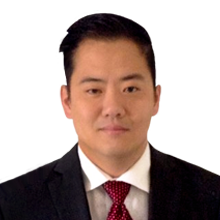 All Picks from Stephen & the Rest of Our Experts

ANALYSIS: Weather could be a factor, but if it does rain, I think that plays into the advantage of UTSA. Rice allows 4.8 yards per carry this season, and UTSA has 200-plus rushing yards in four of five games. UTSA is 8-4 against-the-spread on the road since last season, and I like that the line is under two touchdowns.

ANALYSIS: TCU is the best team in the country against-the-spread at 8-1-1. The Frogs are not only winning, but they are also covering. The Bears are coming off a game in which they got killed at home and allowed Deuce Vaughn to run all over them. TCU has been running the ball extremely well this season with Kendre Miller, and I think Miller will be able to have success Saturday. I think TCU has the talent and confidence advantage.

ANALYSIS: My model has the Avalanche winning outright in 73 percent of simulations. They have scored 16 goals in winning three straight games. Colorado has scored one fewer goal and allowed five fewer despite Carolina playing two more games. The Hurricanes have lost two of their past three and face an Avalanche team that is playing its fourth straight home game.

ANALYSIS: Oregon State is much better at home than on the road, but most cases seem to be the Beavers as home underdogs rather than large home favorites. Cal just played USC very tough last week, and the Golden Bears probably have the better quarterback in this game. I would maybe buy a half point for some push insurance, but I think there is value either way.