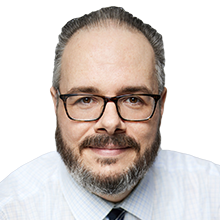 Tom Fornelli
#TrustTheProcess
A CBS Sports writer since 2010, the entertaining Fornelli is perhaps best known for his college football expertise. He demonstrated it again in the 2021 season, going 69-52-2 (57 percent) while returning $1,255 to $100 players. You'll get maximum access to Fornelli's picks only on SportsLine. For Tom Fornelli media inquiries, contact SportsLine@CBSInteractive.com.
LAST 3 NFL PICKS
+90
Record: 2-1

All Picks from Tom & the Rest of Our Experts

ANALYSIS: Service Academy Unders. Unders are now 42-9-1 since 2005 when service academies meet. There simply aren't enough possessions in the game for it to be high-scoring. The only way it goes over is if each team plays a near perfect game on offense.

ANALYSIS: We don't know for certain who Central Michigan's QB will be tonight, but if the team goes with backup Jase Bauer, I don't think it's the worst thing for us. Also, if you're going to beat Central Michigan's defense, you want to do it in the air, not on the ground, which is where Northern Illinois lives. Finally, NIU's style of play leads to nothing but one-score games. Since the start of 2021, 14 of NIU's 22 games have been decided by one score, including nine of its 13 conference games. That makes it difficult to pass up on a team getting six points.

ANALYSIS: Getting this in before the number drops further. Current forecasts for this game are calling for something called "an atmospheric river." That literally translates to SKY RIVER. It's going to be raining! A lot! And with wind gusts up to 40 mph! Doesn't seem like the kind of conditions that will lead to points.

ANALYSIS: A lot of Florida's offense comes from Anthony Richardson making things happen when a play breaks down, but he won't be able to do it against Georgia. The Dawgs defense is filled with guys just as big and fast as he is. I think the Dawgs get control of this one quickly and sit on the ball to keep everybody healthy for the bigger game against Tennessee next week.

ANALYSIS: How is Kentucky supposed to keep up? The game plan will be to control the ball on offense, but Kentucky can't block anybody, and Tennessee's defense has been excellent against the run. The Vols also have an excellent pass rush to get after Will Levis on third down. Maybe Kentucky breaks through the backdoor if Tennessee chills in the second half with Georgia looming next week, but I'm not too worried about it.