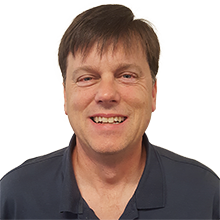 Jerry Palm
Jerry Palm was the first to bring RPI out in the open and is one of the pioneers of predicting the March Madness bracket. After tracking it for more than 20 years, he understands the NCAA Tournament selection process as well as those involved in setting the bracket. When the BCS was created in 1998, Jerry brought that same statistical and analytical know-how to football. That continued with the BCS's evolution into the College Football Playoff. Now, Jerry is showcasing that expertise on SportsLine. For Jerry Palm media inquiries, contact SportsLine@CBSInteractive.com.

All Picks from Jerry & the Rest of Our Experts

ANALYSIS: Texas A&M gave up on this season long ago. Even last week, when the Aggies had an opponent it could take out some frustrations on, they only beat UMass 20-3. Meanwhile, LSU wants to be sharp headed into the battle with Georgia and is still trying to look good to a selection committee that at worst, can put them in a very good bowl game.

ANALYSIS: Iowa State has one of the top defenses in the nation. The Cyclones rank eighth nationally in total and scoring defense, but they are almost as bad on offense as they are good on defense. TCU has ridden a powerful offense to an undefeated season, but the Horned Frogs will probably have to rely more on their defense this time. They have won that way too. ISU has not given up more than 31 points in a game this season. If they can hold TCU to no more than 35, the under should hit.

ANALYSIS: The Old Oaken Bucket is up for grabs and Purdue is also playing for the right to be the sacrificial lamb the Big Ten West sends to the conference championship game. While this line is not as comical as the -20 odds makers put on the Boilermakers against Northwestern last week, Purdue has still yet to beat an FBS opponent by more than 10. Boilers win, but not by much.

ANALYSIS: Army's record is more a reflection of its strength of schedule than the quality of the Black Knights. Six of Army's seven losses have come to teams that have at least seven wins. In their wins, the Black Knights have been dominant, with UConn the first team to lose by fewer than 24 points. UMass is arguably the worst team in FBS and they should be no match for Army's ground assault.

ANALYSIS: The Seminoles had a mid-season three-game slump, but have been on fire ever since. Florida State has won its last four games by an average over 33 ppg. Granted, the teams the Seminoles beat may not be as good as Florida, but who knows? The Gators are coming off a loss at Vanderbilt. We are not asking FSU to cover 30 though, just 9.5 and I'll take that.