Back when the NHL shut down its regular season on March 12, the Vegas Golden Knights were the +500 favorites on the moneyline odds at William Hill sportsbook to win their first Stanley Cup. On Tuesday, NHL commissioner Gary Bettman announced the league's unique 24-team playoff format for this season, start date TBA, and the Boston Bruins are now the +550 favorites to win the Cup at William Hill with Vegas a close second at +600.

Not a huge shock that Boston is favored as it leads the NHL in points and was the only team to reach 100. With the regular season officially over, the Bruins will win the Presidents' Trophy. That's not exactly a good thing. Since the 2010-11 season, the only team to win the Presidents' Trophy and Stanley Cup in the same season was the 2012-13 Chicago Blackhawks. They beat Boston in the final.

Also because the regular season is over, Boston's David Pastrnak will share the Rocket Richard Trophy with Alexander Ovechkin for the most goals in the NHL with 48. It's Pastrnak's first time winning it and Ovechkin's ninth. Pastrnak is the clear-cut favorite to win the Hart Trophy as league MVP.

The Bruins don't know their postseason foe yet as they will first play Tampa Bay, Washington and Philadelphia once each in a round-robin format to determine the top four seeds in the East. 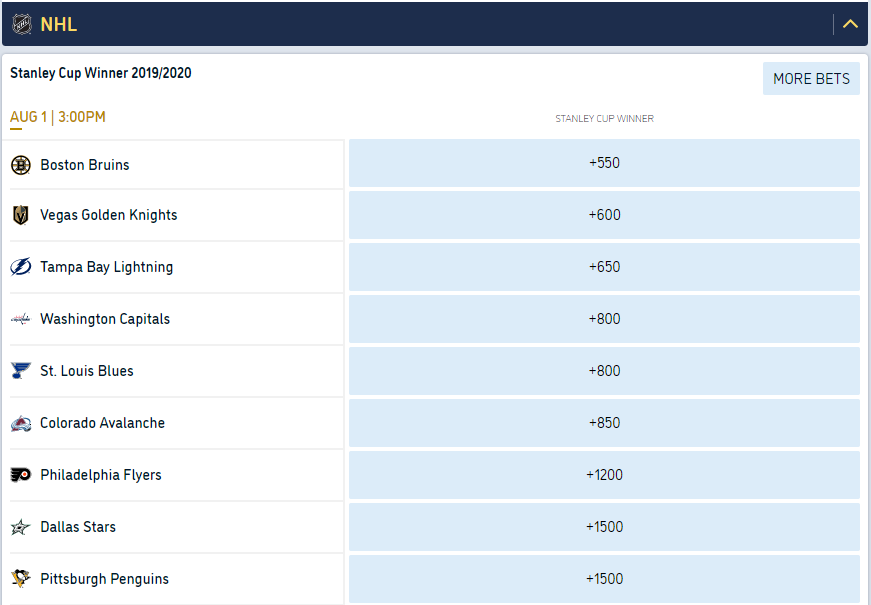